Join us for a night of flamenco puro and contemporary dance. Four extraordinary artists from Soledad Barrio and Noche Flamenca will perform traditional flamenco presenting a range of comedy, joy, and sadness through dance. Artist and choreographer Nia Love will perform her new project entitled Recognize, an exploration of interpersonal relationships, with her young son, virtuoso drummer Kojo Roney.

Nia Love is an artist, choreographer, activist, mother, grandmother, warrior and educator who continues to engage in multiple conversations through dance, particularly in relation to transnationalism and the tools of embodied memory. Her own work has been presented at Black Choreographers Moving Towards the 21st Century, Bates Dance Festival, Alvin Ailey under the NDCL as the 2013 choreographer awardee, Harlem Stage, Tanzanian Time2Dance Festival in conjunction with the Suitcase Fund. Her newly investigated and performed project entitled S(oil) was made possible, in part, by the Africa and Middle East Cultural Partnerships Program of the Suitcase Fund, an initiative of New York Live Arts. To learn more about Love visit www.loveforte.org

Kojo Roney understood how to play the drum set in a jazz setting at a very young age. By 4 years old he was able to play with jazz ensembles and by 8 years old he began his professional career with his first tour in Europe. At only 10 years old, Roney has shared the stage established musicians such as Wallace Roney, Buster Williams, Darrell Green, Billy Spaceman Paterson, Rashaan Carter, Brandee Younger, Saadi Zain, Emanuel Ruffler and his father, Antoine Roney. He has also performed special performances with his mother, choreographer and dancer Nia Love. Currently he is drumming on his father’s latest recording project. To see more of Roney's work, visit http://www.facebook.com/KojoOduRoney and http://youtu.be/F3UcUaMMXhg.

The Singer
From Cuban and Spanish decent, David Castellano is a self-taught singer who has established himself in the United States as one of the country's top flamenco singers. His worldwide performances include a variety of musical venues and theaters in Mexico, Paris, India, Russia, Puerto Rico and Israel. His talent has led him to perform with great artists such as Pilar Rioja (The Queen of Spanish Dance), Middle Eastern pop fusion group - Alabina, Omayra Amaya, Nelida Tirado and Carlota Santana Flamenco Vivo as well as television spots and commercial compositions.

The Guitarist
Arturo Martínez began playing the electric guitar at the age of 13 in the tradition of Afro American music. In playing the guitar it was logical that he would be drawn to flamenco "the black music" of Spain, because of its Gypsy, Arab and Jewish influences. He produces the annual New York Flamenco Festival at the Thiasos Restaurant in New York City, and was a consultant and co-producer for World Music Institute's two concerts of Traditional Flamenco music with renowned artists El Torombo and Concha Vargas.

The Dancers
Nelida Tirado began her formal training in classical ballet, graham technique and Spanish dance at Ballet Hispanico of New York at the age of six. Barely out of her teens, she was invited to tour the U.S. with Jose Molina Bailes Espanoles and work as a soloist in Carlota Santana’s Flamenco Vivo. Her desire to continue learning led her to Spain where she became soloist/ dance captain with of Compania Maria Pages and Compania Antonio El Pipa, performing at prestigious flamenco festivals and television in Spain such as the Bienal del Arte Flamenco and touring throughout France, Italy, UK, Germany and Japan. Ms. Tirado currently resides in NYC and was the recipient of the 2007 and 2010 BRIO award for artistic excellence from Bronx Council of the Arts.

A New York City native, Laura Castellano has studied dance extensively, both in the U.S. in Spain, with such figures as Andrea Del Conte, La Repompa de Malaga, Raquel Heredia, El Farruquito and La Farruca. She has danced with Carlota Santana's Company, Andrea Del Conte's Company and Omayra Amaya's Company. Laura Castellano can be seen dancing in various "tablaos" in the New York City area where she resides. 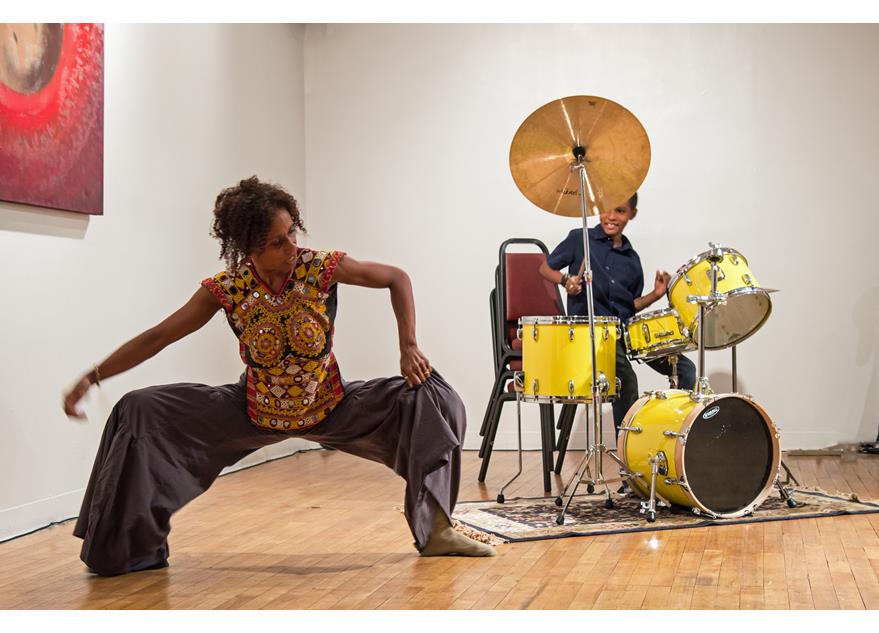 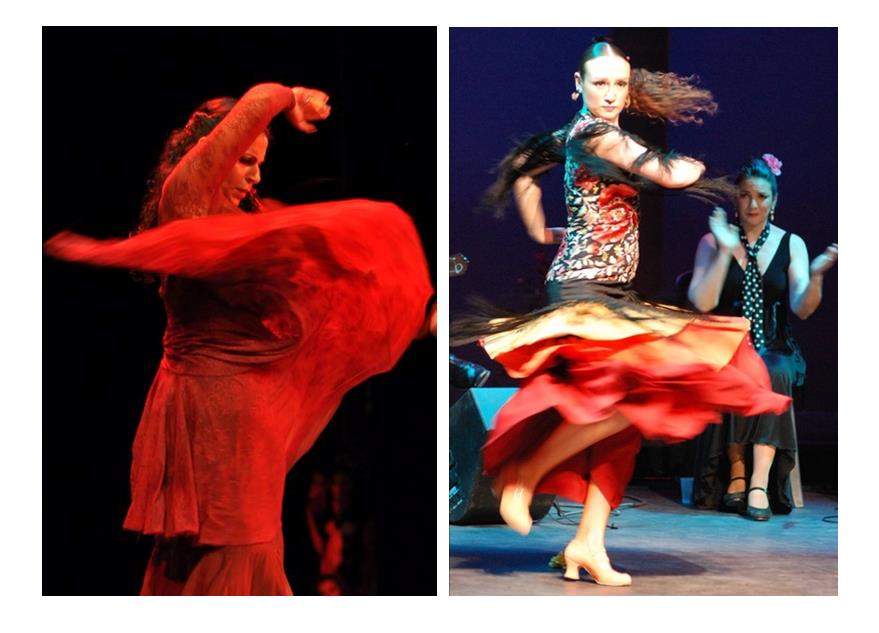