Celebrate the five-year anniversary of Bronx Stories with a greatest hits night! Bronx Stories is an evening of storytelling, poetry and music inspired by the Bronx and the works of art on view at the Museum.  Make your voice heard in our open mic!

Master Lee began as a street performer in Washington Square Park. He went on to do stand-up comedy, appearing on Late Night with Conan O'Brien, MTV, Showtime at the Apollo and Sesame Street. Tired of jokes, he began listening to Martin Luther King Jr. speeches, combining stream-of-consciousness, catharsis and tapping the unconscious to create his unique true stories. He is also working on a juggling piece to the six preludes of the Bach cello suites. Master Lee has taught storytelling at the Rubin Museum of Art and Performance Art at New York University.

Maria Aponte is a poet, performance artist, community arts activist and educator. Maria works in Latino Theatre against racial discrimination and women’s rights. She has written and performed in her two one-woman shows, Lagrimas de mis Madres, an autobiographical play based on the women in her family, and I Will Not be Silenced, based on the life of Sor Juana Ines de la Cruz.  In May 2013, Maria’s first book, Transitions of a Nuyorican Cinderella won 2nd Place for Best Poetry in English at the International Latino Book Awards. Maria is also the founder of Latina 50 Plus™ a program honoring Latina Pioneers.

Caridad De La Luz, aka “La Bruja”, has long been regarded as one of the leading American spoken word poets. Since her spoken-word debut at the famed Nuyorican Poets Café in 1996, La Bruja, has appeared on HBO and Russell Simmons’ Def Poetry Jam and performed internationally at dozens of respected venues, including Joe’s Pub at The Joseph Papp Public Theater, The Nuyorican Café in Puerto Rico, SOB’s, The American Museum of Natural History, and at Miramax’s celebration of Miguel Piñero.

James "Peach" McClory is a spoken word artist, community activist, youth mentor and published author of Rooftop Reflections: Lessons Learned from the Outside Looking In. As a former youth offender and now Law Enforcement Officer, his style of poetry is based on his dualistic life experiences. He is a member of the Full Circle Ensemble, a writing/poetry family made up of poets, writers, actors and curators as well as founder of JesPeachy Productions, a grassroots movement taking underground eclectic artists to the forefront in order to provoke love, light, and community through acts of paying the arts forward. 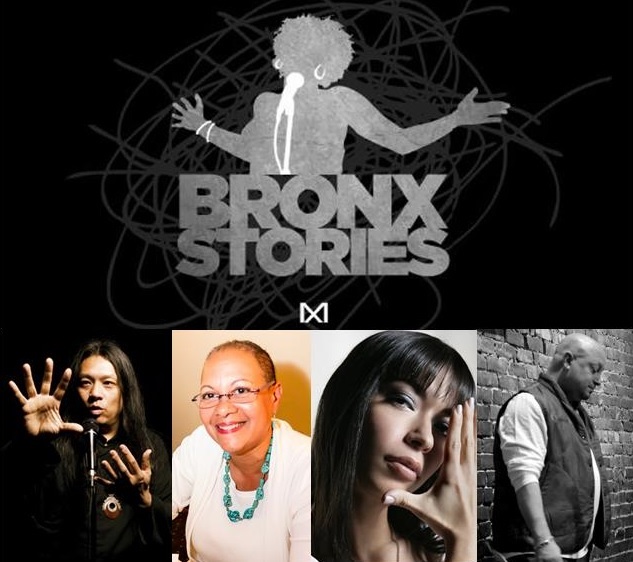 About Bronx Stories
Launched in December of 2011, Bronx Stories aims to challenge stereotypes about the Bronx and provide a platform for voices from the community while encouraging deeper engagement with the arts.  Each event features 3-4 professional or amateur storytellers telling a story related to a specific artwork on view at the Museum.  The most successful stories have been those drawn from the storyteller's experience in the Bronx.  The event culminates with an open-mic portion during which audience members perform their own short stories, poems, or songs.
----------