Back in the Bronx featuring Lloyd Ultan and Shelley Olson
Saturday, August 22, 12:00pm to 1:30pm

Bronx Borough Historian, professor, and author Lloyd Ultan and composer and author Shelley Olson join us for a signing of their new book The Bronx: The Ultimate Guide to New York City's Beautiful Borough. Ultan and Olson will share personal anecdotes about their experiences in the borough, read excerpts, and sign copies of the book.

The event will begin with a short video about Lloyd Ultan from the Becoming Bronx web series. Becoming Bronx is a video web series about the borough told through the personal stories of its people.   The series focuses on immigrant individuals and communities, which shows the diversity and strength of the Bronx.

Lunch by David Greco’s Arthur Avenue Caterers is included in the ticket purchase.

Often overlooked by most tourists and locals alike, the Bronx—one of five boroughs that comprise the city of New York—is rich in cultural and historical attractions. From the Bronx Zoo (the largest urban zoo in the United States) to the New York Botanical Garden (one of the most visited botanical gardens in the world), this borough has something for everyone. Visitors can explore historical locations (including where George Washington slept and where Edgar Allan Poe lived and worked), watch a game in one of the most famous baseball stadiums in the United States—Yankee Stadium—and sample delicious Italian food in New York’s real “Little Italy” on Arthur Avenue and New England style seafood at City Island along the edge of Long Island Sound.

The Bronx: The Ultimate Guide to New York City's Beautiful Borough—which includes thirty-six color photographs—provides visitors with informative chapters on more than twelve of the borough’s extraordinary destinations as well as self-guided walking tours of some of the most ethnically, architecturally, and historically diverse neighborhoods.

About the Authors
LLOYD ULTAN holds the appointed government position of Bronx Borough Historian. He is a professor of history at Fairleigh Dickinson University, and the author of over 1,000 articles about the Bronx and ten books including The Northern Borough: A History of the Bronx, and The Birth of the Bronx, 1609–1900.

SHELLEY OLSON taught at the University of Houston, the University of North Carolina’s Center for the Advancement of Teaching, and Wake Forest before relocating to New York City, which inspired her to write this book. 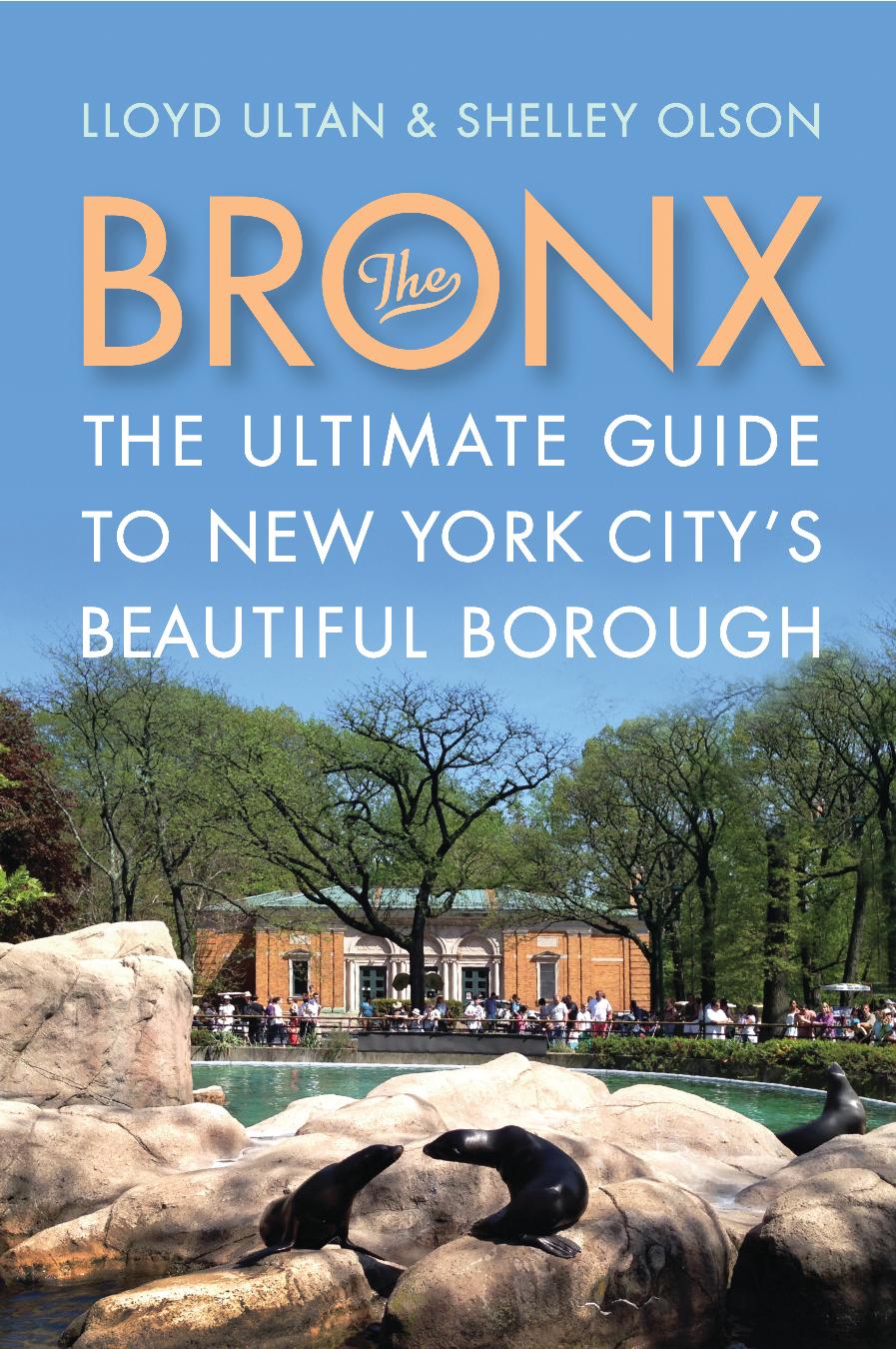