The Bronx Museum partners with The Bronx Writers Center at the Bronx Council on the Arts and the PEN World Voices Festival of International Literature to host two workshops for writers followed by a panel of noted African writers in conversation about the importance of elders in life and art. Gain insights into Festival authors’ inspiration and methods, and take away some fresh ideas for your own writing. Co-sponsored by Cultural Services of the French Embassy.

Born in Dakar, Boubacar Boris Diop is a prolific Senegalese novelist, journalist, and screenwriter. He has been awarded Senegal’s Grand Prix des Lettres as well as the Prix Tropiques. Murambi, the Book of Bones has been called "a miracle" by Toni Morrison and featured on the Zimbabwe International Book Fair’s list of the 100 best African books of the twentieth century. In 2004 and 2008 he was a visiting professor at Rutgers University, and in 2014 at ETH Zürich. He is currently teaching Wolof literature at Gaston Berger University in Senegal.

Yusef Komunyakaa’s seventeen books of poetry include Taboo, Dien Cai Dau, Neon Vernacular (for which he received the Pulitzer Prize), The Chameleon Couch, and Testimony, A Tribute to Charlie Parker. He has been the recipient of numerous awards, including the Ruth Lilly Poetry Prize, the Poetry Society of America’s Shelley Memorial Award, and the 2011 Wallace Stevens Award.  His plays, performance art, and libretti have been performed internationally and include Slip Knot, Wakonda’s Dream, Nine Bridges Back, Saturnalia, Testimony, The Mercy Suite, and Gilgamesh: A Verse Play (with dramaturgy by Chad Gracia). He teaches at New York University.

Achille Mbembe is research professor in history and politics at the University of the Witwatersrand, Johannesburg, South Africa, and visiting professor in the Department of Romance Studies, Duke University. He is also a convener of the Johannesburg Workshop in Theory and Criticism (JWTC) and editor of The Johannesburg Salon, an online cultural magazine. He is the author of numerous books in French and has published extensively in some of the major journals in France. His work has been translated in English, Italian, German, Portuguese, and Spanish. His latest book is Critique de la raison nègre.

Ngũgĩ wa Thiong’o is a novelist, essayist, playwright, journalist, editor, academic, and social activist. He was born in Kenya in 1938 into a large peasant family and was educated in Kenya, Uganda, and Britain. A recipient of ten honorary doctorates, he is formerly Erich Maria Remarque Professor of Languages and professor of comparative literature and performance studies at New York University, and is currently Distinguished Professor of English and Comparative Literature at the University of California, Irvine. 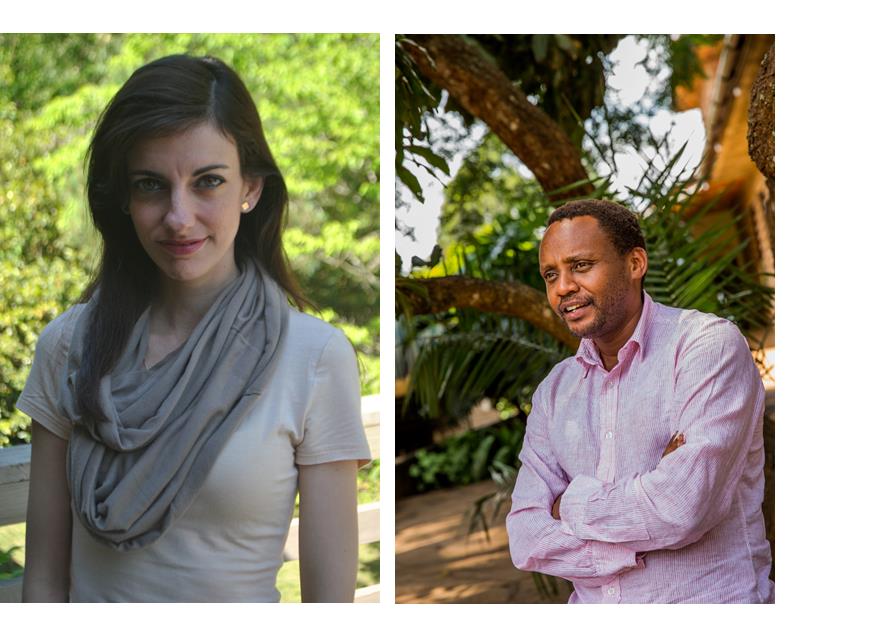 Rashidah Ismaili is an essayist, poet, and playwright originally from West Africa. Her nonfiction, art critiques, and academic papers have been presented nationally and internationally at conferences in the Caribbean, South America, Africa, and Europe. She is widely anthologized, and her works have been translated into 10 languages. She lives in Harlem, where she has hosted Salon d’Afrique, bringing together artists from Africa and the African diaspora with residents of Harlem and beyond, for nearly three decades.

Chantel Acevedo is the author of A Falling Star (Carolina Wren Press, 2014), winner of the Doris Bakwin Award; and Love and Ghost Letters (St. Martins, 2006), winner of the Latino International Book Award. She studied writing at the University of Miami with the late Lestor Goran. She is currently an Associate Professor of English at Auburn University, Alabama, where she founded the Auburn Writers Conference and edits the Southern Humanities Review.

Billy Kahora lives and writes in Nairobi.  His short fiction and creative non-fiction has appeared in Chimurenga, McSweeney’s, Granta Online, Internazionale and Vanity Fair and Kwani. He has written a non-fiction novella titled The True Story Of David Munyakei and was highly commended by the 2007 Caine Prize judges for his story "Treadmill Love;" his story "Urban Zoning" was shortlisted for the prize in 2012, "The Gorilla’s Apprentice" in 2014. He wrote the screenplay for Soul Boy and co-wrote Nairobi Half Life. He is working on a novel titled The Applications. He is Managing Editor of Kwani Trust and has won many prizes.